What is DevOps and why is it important? 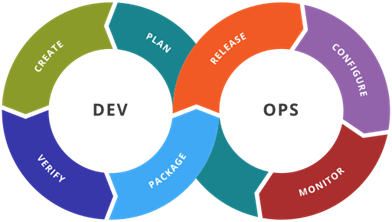 After reading some other sites, I found the definition of DevOps at AWS to be most coherent and concise explanation.

DevOps is the combination of cultural philosophies, practices, and tools that increases an organization’s ability to deliver applications and services at high velocity: evolving and improving products at a faster pace than organizations using traditional software development and infrastructure management processes. This speed enables organizations to better serve their customers and compete more effectively in the market.

They go on to answer a really good question, “Why DevOps Matters.”

Software and the Internet have transformed the world and its industries, from shopping to entertainment to banking. Software no longer merely supports a business; rather it becomes an integral component of every part of a business. Companies interact with their customers through software delivered as online services or applications and on all sorts of devices. They also use software to increase operational efficiencies by transforming every part of the value chain, such as logistics, communications, and operations. In a similar way that physical goods companies transformed how they design, build, and deliver products using industrial automation throughout the 20th century, companies in today’s world must transform how they build and deliver software.

I will close with this snippet from the DevOps webpage that I found very important, “DevOps Cultural Philosophy.”

Transitioning to DevOps requires a change in culture and mindset. At its simplest, DevOps is about removing the barriers between two traditionally siloed teams, development and operations. In some organizations, there may not even be separate development and operations teams; engineers may do both. With DevOps, the two teams work together to optimize both the productivity of developers and the reliability of operations. They strive to communicate frequently, increase efficiencies, and improve the quality of services they provide to customers. They take full ownership for their services, often beyond where their stated roles or titles have traditionally been scoped by thinking about the end customer’s needs and how they can contribute to solving those needs. Quality assurance and security teams may also become tightly integrated with these teams. Organizations using a DevOps model, regardless of their organizational structure, have teams that view the entire development and infrastructure lifecycle as part of their responsibilities.

To read the whole page I recommend you go here – What is DevOps?